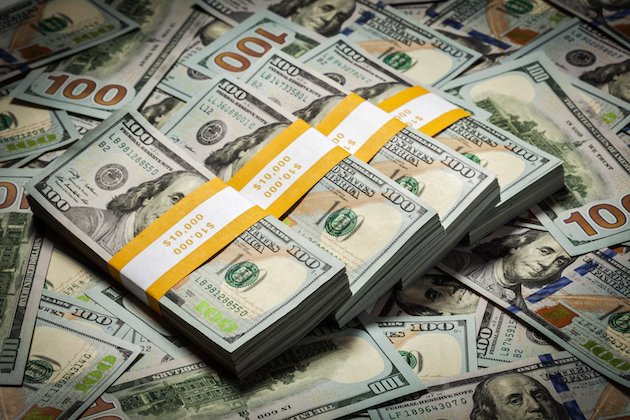 NEW YORK, New York - U.S. stocks fell and the dollar soared on Friday as tensions in the Gulf built up follolwing U.S. accusations that attacks on two oil tankers in the Gulf of Oman had been carried out by Iran, allegations that Iran strenuously denies.

Next week's Federal Reserve meeting too was weighing on investors' minds, with most analysts predicting a rate cut.

"We're going to be on pins and needles until we get some indication from the Fed," Brian Battle, director of trading at Performance Trust Capital Partners in Chicago told Reuters Thomson Friday.

"That's what matters. Everybody is betting that the Fed is going to cut rates, probably not in June but soon. That is a very crowded trade."

Despite forecasts of a cut, the greenback reached lofty heights on Friday on the changed geopolitical landscape.

Industrial stocks were only slightly weaker Friday while technologoy shares had a more pronounced fall.

The British pound was one of the biggest movers on foreign exchange markets. It fell sharply to 1.2593 on leadership concerns.

The dollar-block currencies all fell sharply. The Canadian dollar finished the day in New York on Friday around 1.3414.