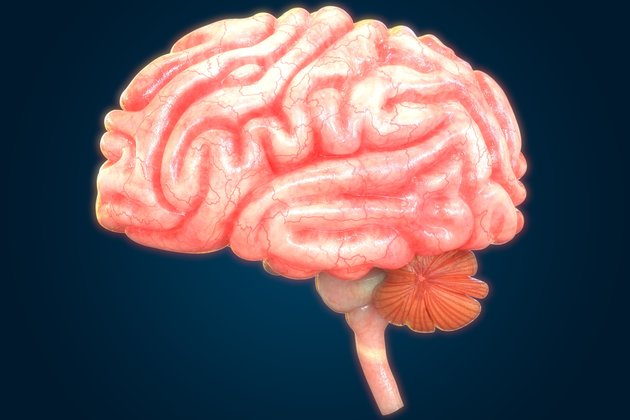 Curious Kids: how does our brain send signals to our body?

How does our brain send signals to our body? - Aarav, aged nine, Mumbai, India.

For hundreds of years, scientists have tried to understand the human brain - known as the most complex organ in the universe.

The average human brain contains about 86 billion nerve cells, called neurons. These are the building blocks of your brain. Neurons communicate with each other by sending chemical and electrical signals.

Each neuron is connected with other neurons across tiny junctions called "synapses". Impulses rush along tiny fibres, like electrical wires, from one neuron to the next.

Every time you recognise a familiar face, hear a voice, learn something new or read a word like this, millions of neurons are communicating with each other through hundreds of millions of synapses.

Curious Kids is a series by The Conversation, which gives children the chance to have their questions about the world answered by experts. If you have a question you'd like an expert to answer, send it to curiouskids@theconversation.com. We won't be able to answer every question, but we'll do our very best.

The brain is the body's control centre: it sends messages to your body through a network of nerves called "the nervous system", which controls your muscles, so that you can walk, run and move around.

The nervous system extends through your body from your spinal cord, which runs from your brain down your backbone, like the branches of a tree.

Read more: Curious Kids: how can we see what we are imagining as well as what's in front of us?

The brain is also in charge of the way you experience the world around you. Imagine you're walking in a forest. The light bouncing off the trees enters your open eyes; the chirping sounds of the birds reach your ears; and the damp smell of the forest soil wafts up your nose.

The nerve cells in your eyes, ears and nose detect these sensations, and send signals to different parts of your brain, which turn them into what you see, hear and smell - all in a matter of milliseconds.

As well as sending electrical signals through the nervous system, the brain also uses chemical signals to control processes in the body.

Have you ever wondered why you feel sleepy? When the sun goes down, a part of your brain called the pineal gland produces a hormone called melatonin, which makes you feel tired.

Read more: The biological reason why it's so hard for teenagers to wake up early for school

Teenagers are not lazy: it's all to do with how the brain sends signals to the body.

A sense of self

As well as allowing us to move around and understand what's going on in the world, the brain gives us a sense of who we are - a "sense of self", that's different to other people.

Scientists don't quite yet understand how the brain creates each person's sense of self. But research has shown that when people think they are being watched by others, certain parts of their brains are busy. This part - called the "medial prefrontal cortex" - is what makes you feel self-conscious.

The human brain, with its billions of neurons working together, is sending signals to your body to determine how you feel, from one moment to the next.

The brain is always trying to find ways to explain the sensations that we feel in our body. And the same sensation can have different meanings in different contexts. Here's an example: when you see a delicious piece of cake and your stomach churns, your brain might send signals to your body that you're hungry and excited.

But if you're about to have a test at school, your brain may give a different meaning to that churning stomach and create feelings of fear or anxiety.

The experiences you have become part of how your brain makes sense of what is happening to you. This means that people have more control over their emotions than they might think, because the brain can learn how to respond to experiences differently. As author Wayne Dyer said: "If you change the way you look at things, the things you look at change."

From perceiving the world through the five senses, to creating our sense of self, uncovering how the human brain sends signals to our body is one of the biggest mysteries in science.

Children can have their own questions answered by experts - just send them in to Curious Kids, along with the child's first name, age and town or city. You can:

How can we see what we are imagining but still see what's in front of us? - Malala Yousafzai class, Globe Primary School, London, UK.

Why is the sea salty? - Torben, aged nine, Sussex, UK.

Why do I have boogies and why does my nose keep replicating them? - Duncan, aged seven, Sydney, Australia.