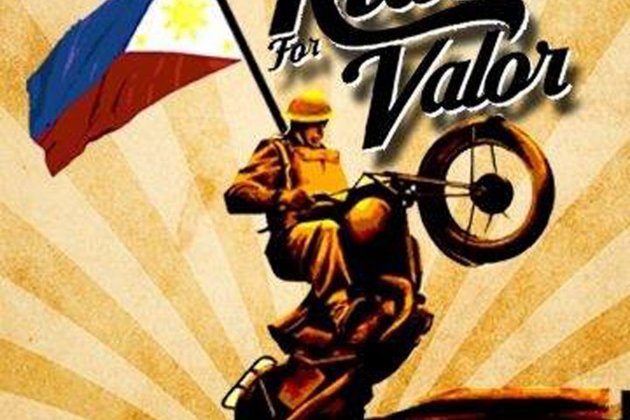 BAGUIO CITY, Oct. 23(PIA) -- More than a hundred motorbike enthusiasts from the different parts of the country will have a fun ride to revisit World War II historical sites in Northern Luzon which will end at the historic Yamashita capture site in ifugao.

PVB First Vice President Michael Villa-real said the event dubbed as the Ride to Valor 2 aims to recognize the personalities and the sites that played very significant roles during WWII .

"The Ride for Valor aims to recognize World War 2 sites which are not widely recognized but were very important and vital to our victory during the war," said Villa-real.

The event also aims to raise funds to help build WWII museums, shrines and memorials including the Kiangan Shrine.

Without Limits event organizer Ian Alacar said the Ride for Valor 2 concentrates on the capture of Gen. Tomoyuki Yamashita and the contributions of the guerillas resulting to the victory of Filipino and American forces over the Japanese Imperial Army.

Riders will kick off at the Capas National Shrine in Tarlac where the Bataan Death March ended, going through the two different routes and will converge at the Kiangan Shrine in Ifugao, the site where Yamashita was captured by the Filipino forces on September 2, 1945.

Participants that form a four-man team will ride and seek WWII locations from Tarlac to Ifugao. The Elite route from Capas in Tarlac would pass through Pangasinan, La Union, Ilocos Sur, and Mountain Province while the Manufacturer's route will pass through Nueva Ecija and Nueva Vizcaya.

Alacar explained that Elite Category is open to all big bikes 400cc and up while the Manufacturers Cup Category is dedicated to smaller bikes, all scooters and under bone motorized vehicles with participants

While the riders will be passing through the historic sites along their route, they will have challenges like an "amazing race" where participants will render various activities in each stop. The challenges which vary from mental, physical or logical related to the area will earn them points as they accomplish them or not.

"We want our events to be different from the usual endurance motor bike activities or competitions.We are doing it for the advocacy and focus on the history and bringing back the glory for our World War 2 heroes, our war veterans who fought gallantry for freedom of our country," Alacar said..

The first edition of the Ride to Valor was held in March this year to raise funds for the maintenance of over a hundred Death March markers and the restoration of key points lo­cated along the route from Mariveles, Bataan to Capas, Tarlac.(JDP/RMC- PIA CAR)