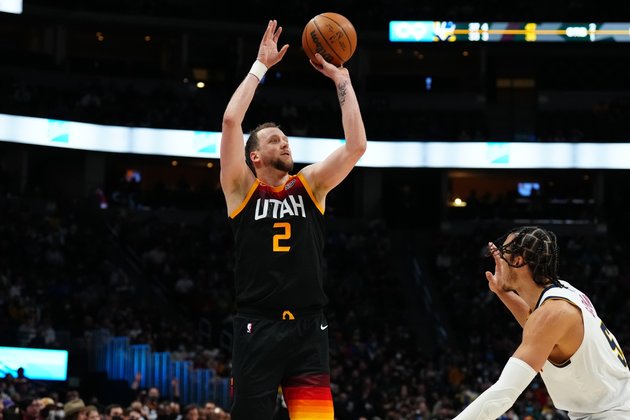 Jazz look to regroup at home against Rockets

The team that strung together six- and eight-game winning streaks at the end of 2021 can't seem to catch a break now -- from health issues, opponents and themselves.

On Tuesday, the Utah Jazz announced that All-Star guard Donovan Mitchell entered the league's concussion protocol. Mitchell sustained a hit late in the first half of the Jazz's 101-95 loss to the Los Angeles Lakers. After finishing the game, Mitchell experienced symptoms later in the day.

Utah expects to play without Mitchell, who earned NBA Western Conference Player of the Month honors for December, as it prepares for Wednesday's game against the Houston Rockets in Salt Lake City.

That's a blow to the Jazz's league-leading offense, which scored fewer than 100 points for just the fourth time this season in L.A. on Monday night. Utah's defense had been the team's weakness for most of its current slump, which includes losses in five of its last six outings.

Mitchell admitted the Jazz offense "got stagnant" against the Lakers. He only scored 13 points and missed all eight 3-point attempts, while Bojan Bogdanovic (0 of 4), Jordan Clarkson (0 of 6) and Rudy Gay (1 of 8) also misfired from outside all night, leading to the loss.

The Lakers had lost their previous three games, giving up an average of 128.3 points in setbacks to the Grizzlies, Kings and Nuggets.

"We made it harder on ourselves than it needed to be," Jazz coach Quin Snyder said.

The Rockets come into Wednesday's game with 16 fewer wins than the Jazz, but they've played better as of late. Houston has won two of three games after stumbling through a rough 1-11 stretch.

Eric Gordon provided the late heroics for Houston in its most recent victory Sunday in Sacramento, scoring with 12.5 seconds remaining to clinch the 118-112 win.

"We were ready to play (Sunday)," Rockets coach Stephen Silas said after the win. "We're not a playoff team yet, but when we are this is what it's going to look like. We're trying to learn as many lessons as we can. I was proud of them for that."

The Rockets are familiar with struggles on one side of the court, though. Houston has the lowest-ranked defense in the NBA by a long shot, giving up an average of 116.7 points a game. Their opponents haven't scored fewer than 111 points in 15 straight games.

Silas recently referred to his team's defensive effort as being "a step slow, a step late on everything."

Despite Monday's disappointing performance, the Jazz still lead the NBA in scoring with an average of 114.9 points.