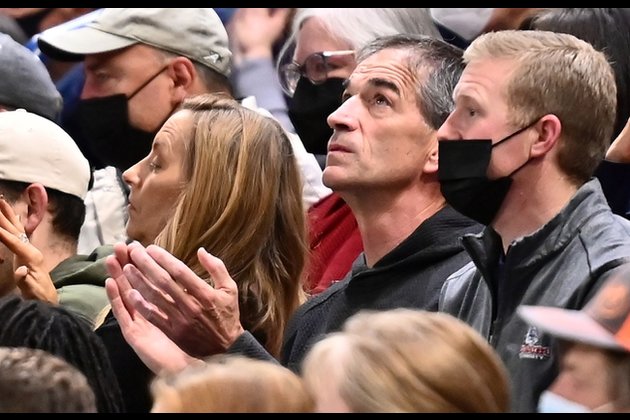 Hall of Famer John Stockton is one of Gonzaga's most notable alums. But a conflict over the university's mask mandate in the midst of the COVID-19 pandemic has the two at odds, so much so that the school reportedly has suspended Stockton's season tickets for men's basketball games.

Per a report from The Spokesman-Review, Stockton met with Bulldogs athletic director Chris Standiford over complaints received for his defiance -- and visibility in doing so -- against wearing a mask at the school's men's basketball games.

"Basically, it came down to, they were asking me to wear a mask to the games and being a public figure, someone a little bit more visible, I stuck out in the crowd a little bit," Stockton told The Spokesman-Review. "And therefore they received complaints and felt like from whatever the higher-ups -- those weren't discussed, but from whatever it was higher up -- they were going to have to either ask me to wear a mask or they were going to suspend my tickets."

Stockton, who starred for the school from 1980-84, is the school's all-time leader in steals (262) and has his No. 12 jersey hanging from the rafters.

He also has been a vocal critic of COVID-19 vaccines, shutdown measures and mask mandates. The 59-year-old offered his views in an anti-vaccine documentary last summer, making assertions about death counts relating to vaccines that are not deemed credible by medical professionals.

Stockton believes his relationship with the university is strained but can be repaired.

"I've been part of this campus since I was probably 5 or 6 years old," Stockton said. "I was just born a couple blocks away and sneaking into the gym and selling programs to get into games since I was a small boy. So, it's strained but not broken, and I'm sure we'll get through it, but it's not without some conflict."