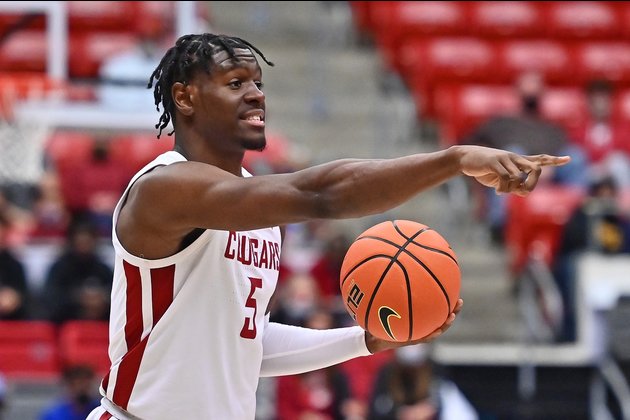 When it comes to pandemic pauses, Washington State has faced many challenges.

The Cougars had contests at Oregon and Oregon State postponed last week, meaning they will have had 10 days off before Wednesday's scheduled Pac-12 game against Utah in Pullman, Wash.

"We've just been snakebit," Washington State coach Kyle Smith said. "We haven't had a full team I think since USC (on Dec. 4)."

The Cougars (10-7, 3-3 Pac-12) also had a Dec. 29 game against Washington postponed, and the tipoff for their Jan. 13 game against Stanford was delayed more than an hour while they awaited coronavirus test results.

"I assumed it was going to be COVID and it wasn't," Kyle Smith said. "We got double-whammied. We got the flu, which was nastier than the COVID, as far as symptoms. That snowballed right into COVID. So, hopefully we're through it."

The Utes (8-12, 1-9) have lost eight consecutive games, though three of the past four have come against ranked teams. And they've played their past five, starting with a 77-61 defeat to Washington State on Jan. 9, without their leading scorer, 7-footer Branden Carlson (13.5 points per outing in 13 games). Carlson is recovering from an appendectomy.

Utes coach Craig Smith said Carlson might be able to return this week.

"I hate losing more than anything in this world," the coach said Saturday after Utah's 79-67 defeat to then-No. 16 Southern California in Salt Lake City.

"We need to play well, and it would be nice to get a (win)," Craig Smith said.

"Gabe was just really good all weekend," his coach said. "That dude just knows how to play."