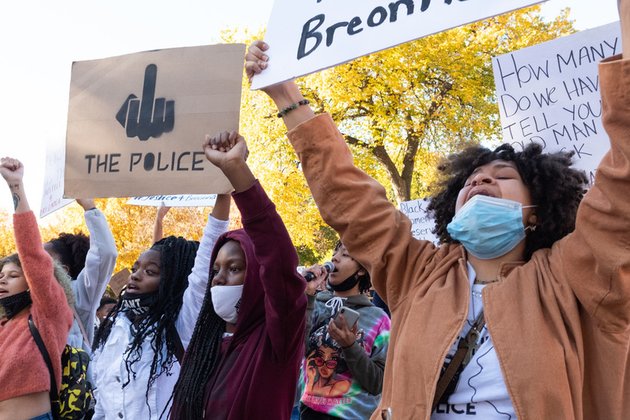 Jennie Nguyen took ?full responsibility? for the scrubbed 2020 memes but refused to denounce her GOP stance

A day after being fired from 'The Real Housewives of Salt Lake City' reality show, Jennie Nguyen spoke at length about what caused her ouster. In an Instagram Live stream on Wednesday, the 44-year-old apologized for "disgusting" anti-Black Lives Matter (BLM) memes posted on her Facebook account in 2020.

The old posts resurfaced last week, showing that amid the 2020 protests following the police killing of George Floyd, Nguyen was supportive of US police forces and highly skeptical about the BLM movement, associating it with riots that took place amid the demonstrations.

She immediately issued an apology, saying that in 2020 she thought she was "speaking out against violence," but had since learned "how offensive and hurtful" those posts were, so she had her entire account removed in 2021. It didn't save Nguyen from public wrath, however. On Tuesday, show producer Bravo announced it had decided to part ways with her.

In her Instagram Live video, Nguyen said that even though some of the posts were published by her media team, ultimately she had "full responsibility and accountability" for them. She apologized for the memes, which she described as "very sensitive and inappropriate" to the point of being "disgusting."

However, she said she stood by her political beliefs, including the support of law enforcement, and said she was "very proud to be a Republican." She added that she respected those who thought differently and asked for reciprocity.

Nguyen had a friend named Michael appear alongside her in the stream, a black man who said he was gay. He vouched for her not being racist and said he had to "educate her on the whole Black Lives Matter and everything like that because I'm a gay black man, so I live it every day."

Apparently expecting backlash, he said that "anybody that's saying 'she paid him to be there' or 'she pulled the friend card,' I see all your comments."

Nguyen joined the show in season two. The memes scandal seemingly caused a rift between her and all the other participants, who stopped following her on Instagram.

Castmate Jen Shah, whose husband is black, denounced the newcomer and called her original apology "disingenuous." Even Lisa Barlow, who had been friends with Nguyen for years before she joined her and others at the Real Housewives, tried to distance herself.

Earlier in the month, Nguyen was involved in a different controversy over perceived racism on the set. She took issue with cast member Mary Cosby after she said she liked Nguyen's "slanted eyes."

Nguyen, who comes from Vietnamese ancestry, took the remark as insensitive, while Cosby defended it as coming from "a place of compliment."